The supply chain remains vulnerable and elusive. The broken links need to be found in order to be repaired.

According to a recent story in the Harvard Business Review, most semiconductor chip fabrication facilities are in Taiwan, mainland China, and South Korea. That said, production lead time varies from approximately 20 to 60 days, depending on the chip and the facility. After that, it’s on to testing and assembly elsewhere in Asia.

A  blip in production at one end can lead to a devastating delay on the other. A study conducted by MIT and automotive component manufacturer, DENSO, based in Japan, gives evidence.

“We found that a short disruption of a semiconductor fabrication facility, or ‘fab,’ in Taiwan for ten days could cause a flurry of additional disruptions across the entire supply chain that would last almost a year.”

Congress passed the Chips and Science Act of 2022 earlier this year. It states that the U.S. produces about ten percent of the world’s semiconductor supply and that Asia accounts for about 75 percent. It plans to provide billions for American research and manufacturing incentives.

The act states it “will boost American semiconductor research, development, and production, ensuring U.S. leadership in the technology that forms the foundation of everything from automobiles to household appliances to defense systems.” Similarly, in the U.S., the recent threat of a railroad strike has economic impacts, even if the strike doesn’t happen. The Brotherhood of Maintenance of Way Employes Division recently delayed a strike until December.

A recent American Association of Railroads report claims that a strike could impact U.S. economic output by two billion dollars per day. The threat of a strike also has an economic impact. Norfolk Southern Chief Marketing Officer Claude Elkins reported that the mere threat of a rail strike cost $25 million in lost revenue. He cited that in September, railroads across the nation began reducing the transport of hazardous materials and other goods in preparation for a shutdown.

What Are Other Nations Doing About the Supply Chain?

In January 2023, Germany will enact the German Supply Chain Due Diligence Act. This will require businesses to monitor their suppliers for human rights violations, safety practices, and reasonable wages. It only applies to companies in Germany, but the intention is to “create transparency and meet due diligence obligations in their global supply chains and their own operations.”

Time will tell if Germany’s Due Diligence Act will make a difference, at least for the world’s fourth-largest economy. It may cause businesses to leave the country, but it may also create a more stable supply chain locally.

In conclusion, one issue that plagues many businesses is finding the origin of their supply chain. In an August 2022 study by Ivalua, 89 percent of procurement leaders want to view supply chain data by geography, but only 73 percent “can easily access such data.” 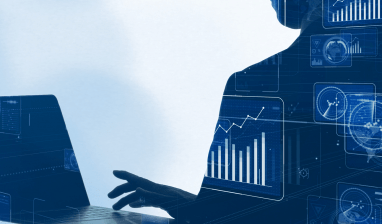